The Network is led by a full-time C.E.O, Kelly Sturgis, housed out of the Capital Region office, who is responsible for overseeing the growth, development, and day-to-day operations of the network and capacity building of regional afterschool networks. Additionally, Kelly’s duties focus on staff management, budget oversight, and development and fundraising.

Prior to joining the Network for Youth Success, Kelly was employed by the Capital District YMCA for over ten years, and serving in her final capacity as Operations Director for the Albany Branch. Prior to her role in Albany,

Kelly was the Associate Executive Director for the Schenectady Branch. Kelly began her career at the YMCA as an afterschool site director then quickly rose to Childcare Director, and was then promoted to District Childcare Director overseeing school-age programs in six school districts.

Kelly holds a Bachelor of Arts in Psychology with a minor in Criminal Justice from Russell Sage College, an Associates Degree in Early Childhood Education from Hudson Valley Community College, and a certificate from ECornell in Leading Remote Teams.  Kelly also went through the School-age Childcare (SAC) Credential Program and later became an accreditation coach and endorser for the Network for Youth Success.

Kelly was also one of the Riley Institute’s 2016-2017 White-Riley-Peterson Policy Fellows. Prior to joining the Network for Youth Success in 2013, she was a Quality Advisor at Dallas Afterschool where she coached numerous programs to help them improve overall quality. Alli planned and implemented programming with middle school students for three years at the Old Firehouse Teen Center in Virginia and served as a Drama Specialist and Team Leader at Camp McLean. Alli holds a Bachelor of Arts in Drama with a minor in Economics from the University of Virginia. She was one of the Riley Institute’s 2014-2015 White-Riley-Peterson Policy Fellows and one of National AfterSchool Association’s Next Generation Leaders in 2014. The Vice President of Quality and Capacity, Erin Broderick, is responsible for overseeing, executing, and expanding all of the quality services of the organization, including Afterschool Program Accreditation, School-Age Care Credential, Network membership, and the annual conference.  Erin also oversees all of the Network’s communication and marketing.

Erin holds a BFA in Graphic Design from the College of Saint Rose, a NYS Early Learning Trainer’s Credential and went through the NYS SAC Credential Program.

The Professional Development Director, Timothy Fowler, oversees all of the Network’s professional development and technical assistance work, along with all of the organization’s STEAM work, including leading the statewide National Girls Collaborative STEAM Project. The Quality Self-Assessment (QSA) tool is also a part of the Professional Development Department. Timothy’s work includes leading workshops and trainings, ensuring compliance with state requirements for training, providing coaching to individuals, and providing technical assistance on issues related to afterschool, summer, and expanded learning programs.

He previously worked for the Missouri AfterSchool Network, coordinating technical assistance for the state’s 21st Century Community Learning Center grantees. He has more than 25 years’ experience working with children and youth in a variety of community organizations.

Timothy completed his Masters Degree in Public Affairs — Nonprofit Management through the Truman School of Public Affairs at the University of Missouri–Columbia. He holds a Bachelor’s Degree in History from Washington University in St. Louis. Despite this, he is not from Missouri–Timothy spent his youth in Greene in Chenango County and Austerlitz in Columbia County. He graduated from Chatham High School before going to college in St. Louis, and returned home to New York in 2014. Trudy Morgan initially joined the Network for Youth Success as a Women and Public Policy Fellow from the Center for Women in Government and Civil Society (CWGCS). As the Policy Director, she leads the organization’s advocacy and policy efforts around expanded learning opportunities, including afterschool, summer, expanded learning time programs, and community schools. She is responsible for formulating and executing the organization’s statewide and national advocacy and policy efforts to increase funding for expanded learning opportunities, and addressing regulatory and programmatic concerns through legislation.

Before coming to the Network, Trudy worked as a Special Projects Assistant at the SUNY System Administration in the Office of Academic Affairs.  She served as an AmeriCorps VISTA Fellow at Brown University, working as a Coordinator with Generation Citizen — an action-civics, non-profit organization that empowers young people with tools, skills, and knowledge to become effective citizens. Trudy is also a proud alumna of the Public Policy and International Affairs (PPIA) fellowship at Princeton University, and previously interned at New York City’s Mayor de Blasio’s office and Capitol Group LLC, a government relations firm. 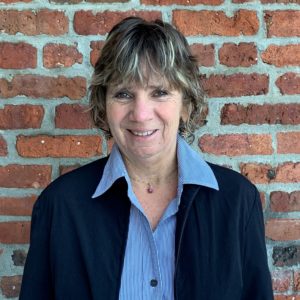 Lea Maggiulli, is the Office Coordinator, supporting the Network staff with day-to-day activities. Lea has many years of experience working with school age children and, school age providers. Lea has hands on experience as a school Age Childcare Director, and Trainer. Lea, recently was employed as a School Age Registrar, and Trainer, for Bright Side Up, formerly known as the Capital District Child Care Council. As a Registrar, Lea oversaw school age programs in the capital district area, to ensure compliance with the regulations. As a School Age Trainer, Lea taught the NYS School-Age Credential Preparatory Program, and, coached programs through the accreditation process. Lea served as an accreditation and credential endorser. 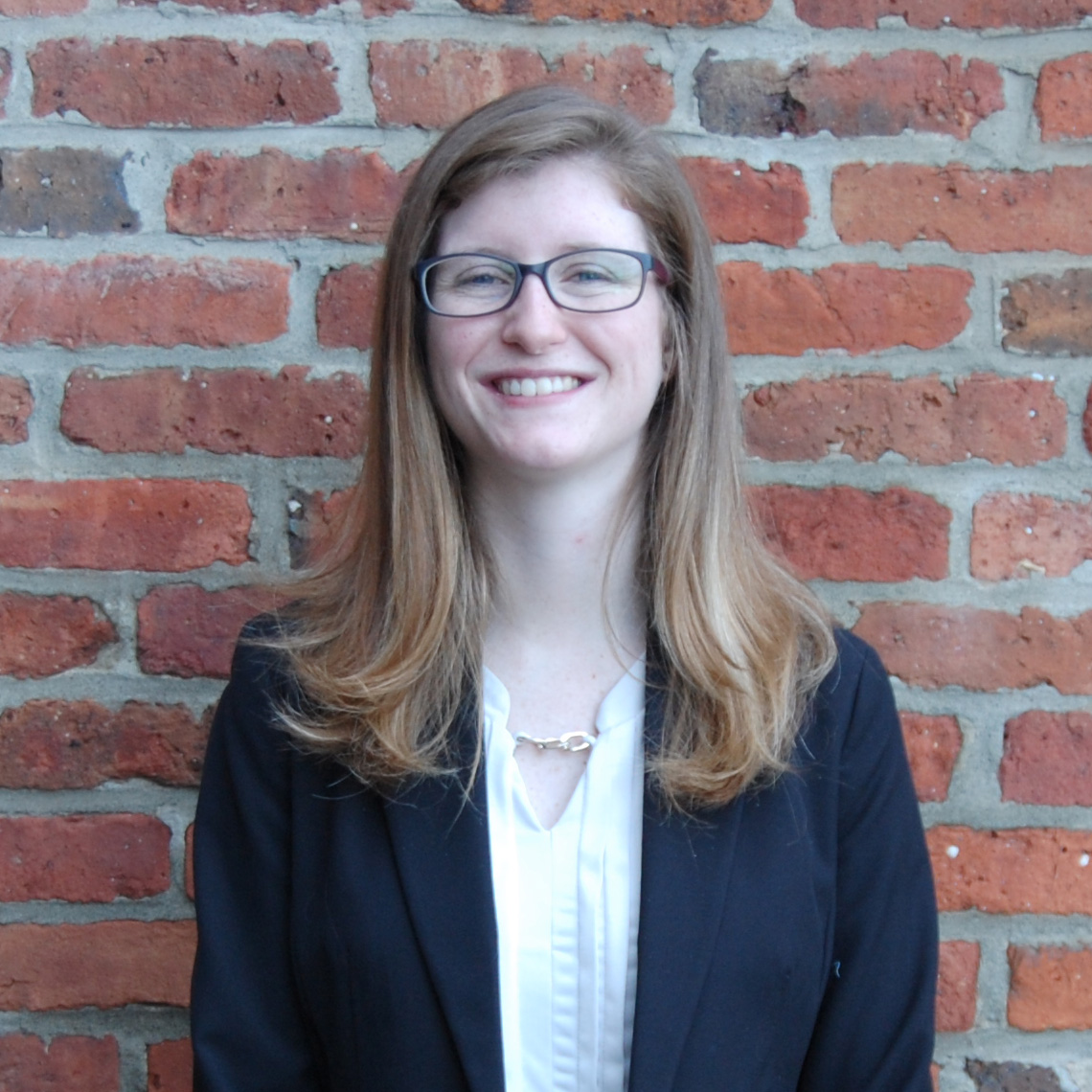 Gabby originally joined the Network as a Policy Intern. As the Policy Coordinator, Gabby supports the policy department in crafting policy recommendations and collaborating with critical stakeholders to respond to the needs of the afterschool field. She recruits and coordinates for the Network’s Power of 3:00 Ambassadors program, coordinates meetings with internal and external stakeholders, and supports the policy department in advocacy efforts.

Prior to her time at the Network Gabby served as a development intern with HAVEN, a nonprofit that provides services for survivors of intimate partner violence. In this role, she helped develop fundraising goals and supporting planning efforts for HAVEN’s annual Gala fundraiser. Gabby also worked as an intern for the American Red Cross where she coordinated volunteers with a specific focus on a youth volunteer program. 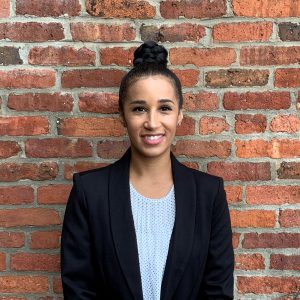 Alysha currently serves as the Capacity Building Coordinator.  In this position, Alysha develops social media strategies and engagement.  Additionally, Alysha maintains a plethora of behind the scenes capacity building work to support the field and the Network, particularly with the credential and membership initiatives.

Prior to working with the Network, Alysha worked for the Capital District YMCA for 15 years, starting as an activities assistant in an afterschool program and continuing to grow professionally until she became the Regional Child Care Director. In her most recent role, Alysha oversaw numerous afterschool programs, which included both fee for service as well as grant funded programming, and summer camps.  With her knowledge base in afterschool programming, she has worked with programs as both a SAC Credential Advisor and Endorser, Program Accreditation Coach and Endorser, and has offered high quality professional development to help support frontline staff in partnership with the Network.